HLC Foundation Applauds SOZECOM for its unflinching succour to the needy 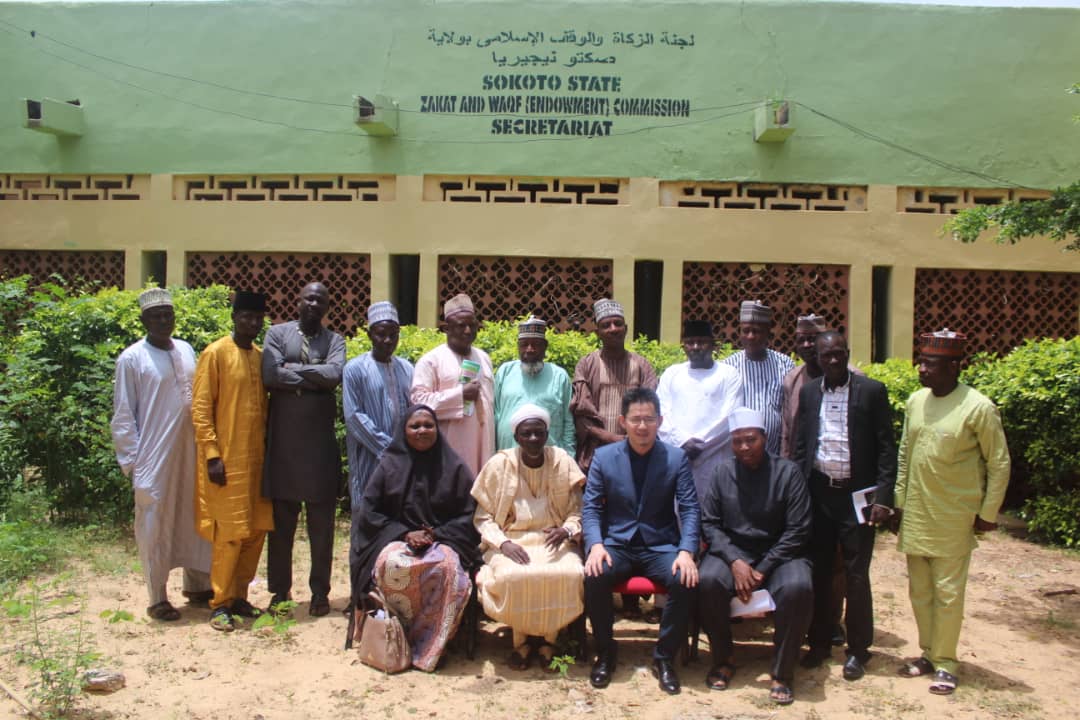 The Sokoto State Zakat and Waqf (Endowment) Commission has been commended for its efforts towards assisting the needy in Sokoto state. Co-Founder, Halal Chain Foundation Abdullah Han made the commendation during a courtesy visit to the executive chairman of the commission Engr. Muhammad Lawal Maidoki (Sadaukin Sakkwato) in his office today 15th August, 2019. Mr Abdullah Han said the aim of the visit was to seek collaboration on many areas of human development with sozecom. He proposed the introduction of E-wallet blockchain system at grassroot level which is open, transparent and easily accessible with smartphone handsets. The HLC Foundation through its co-founder and head of Islamic Economics, professor Abdussalam Ismail requested comprehensive data about Sozecom including the number of beneficiaries from inception to date which according to him will help the foundation in reaching out to international zakat bodies.
Also during the courtesy call, Halal Chain officials were fully intimated on the establishment, mandate and activities of the commission. The executive chairman, therefore, assured of collaboration for mutual benefits in that regard. He added that commission is into MOU’s with different international bodies across the globe all aimed at repositioning itself for effective service delivery.

Responding again, the leader of the delegation, Abdullah Han noted with satisfaction the impacts Sozecom has been able to make in putting smile on the faces of the poor through its numerous transparent and people oriented programmes.

The visit was witness by all the directors and legal officer of the commission among others.Some highlights of the event include presentation of some literary works of sokoto Jihad leaders and Sozecom publications to the officials of the foundation.