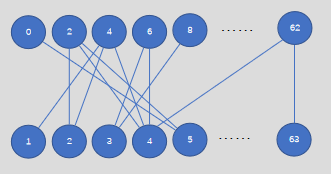 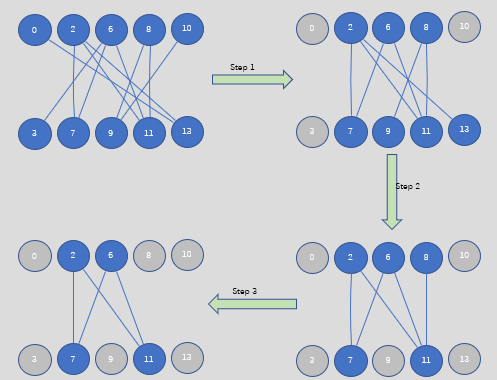 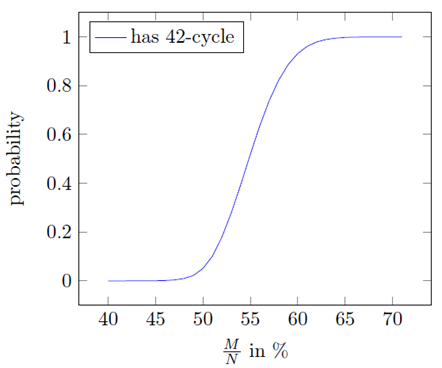 Proof-of-work, by hash the transaction data and nonce, the result shall satisfy the target value. Once the result is computed, the node will broadcast to the whole network to create a new block transaction. All nodes in the network will received the block and start to verify immediately.

All Hash Functions have the same character which is any change to the block data (such as the nonce) will make the block hash completely different.

The number of times of trying to compute is hexadecimal with 64 bits where each number changes from (0-f) to make the value below the target. Therefore, the first three numbers are all 0. As the randomness of hash function, each number can be considered as independent event. The probability of the first 0 is 1/2^4, the second is 1/2^4, so as the third, which means that the probability of getting first three 0 at same time is 1/2^4* 1/2^4* 1/2^4 = 1/2^12. If the fourth number is 0, then we get the result that satisfy the requirement which probability will be 1/2^16.

Mining devices will hash 2^16 nonces to get the right answer depending on probability. The more times of computing, the higher of the probability

The speed of hash various from mining devices.Each device hashes at a different rate per second, which tells you how long this device needs to get the right answer based on the current difficulty. The difficulty will be adjusted according to the speed of producing new block.

Why GPU mining, not CPU mining – from a technical view

GPU is more suitable for mining. From the example of just the principle, the value of nonce is calculated from 0 to 1<<32 power, CPU calculation can open many threads, respectively from the calculation of different nonce segment, but the open thread is limited, and open thread cost resources, synchronization calculation is not so good.

The GPU is designed for parallel flow computing, for example: currently, most GPU has 256 working groups, each working group has nearly 2^27 power of the computing unit, which is equivalent to each time can be calculated at the same time 2^27 * 256 nonce, the time to get the answer is greatly reduced.

That is to say that CPU can mine but with low probabilities under the same invested cost compared with GPU.

However, Cuckoo mining adopts both GPU and CPU where GPU will produce lots of edges and trim leaf edges very fast and CPU will compute on the rest of edges to find the cycle by depth-first algorithm. Finally, hash the cycle nonce to verify the result.

7707×210 46.3 KB
According to above mentioned, input data will change the hash result. Miner can customize the setting if they don’t care about the configuration so that miners will not repeat work to ensure the fairness to a certain extent. If everyone uses the same software with the same header, then the probability will be extremely low compared with large computing power machine. However, the more times of hash, the higher of the probability. 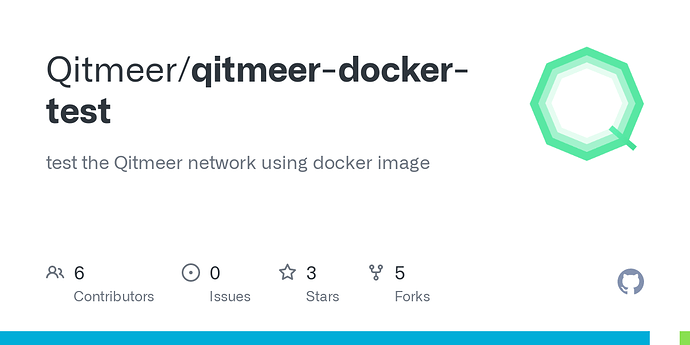